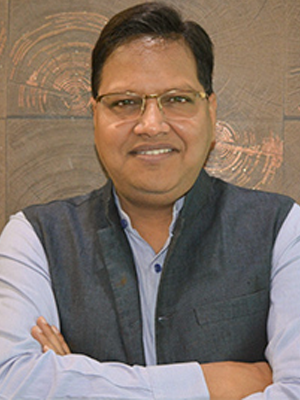 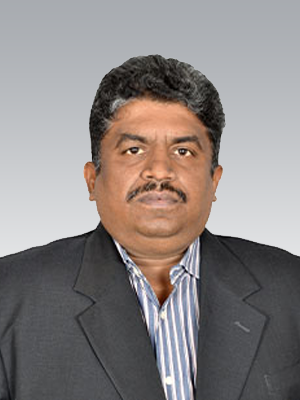 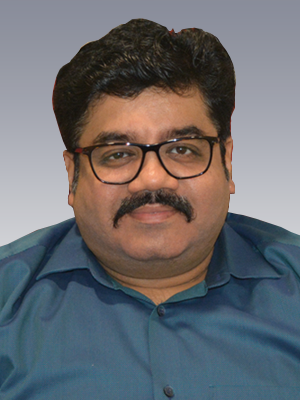 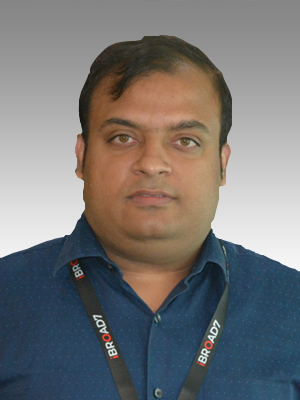 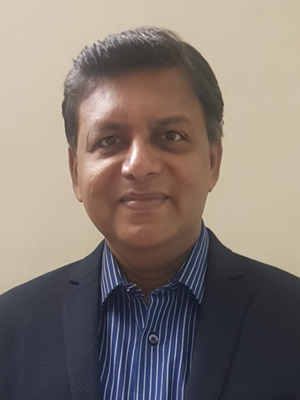 Rohit Upadhyay is a 40 years ‘young’, vibrant entrepreneur and the Founder CEO of Ibroad7 Communication Pvt. Ltd. Rohit refers to himself as a Radio Evangelist as he conceptualized this company which is the 1st full service radio agency with an in-house recording facility and providing complete end to end solution on myriad topics via the Radio.

Rohit has had an illustrious and successful career, having worked with Indian Express, The Times of India and as part of the launch team of Star India (Radio City). He finally worked with Reliance Broadcast Network Ltd. that runs 92.7 Big FM, before heading down the entrepreneurial road.

Rohit has an MBA from Pune University after completing ISC from La Martiniere College, Lucknow. When time presents itself, Rohit indulges in hobbies and enjoys poetry writing and short stories. Rohit is married to Isha and blessed with two children – daughter Mahika and son Shantam.

During his long career with Media, Mathew has worked with leading media houses in the country. He started his career with Times Of India in the Credit Recovery department for 4 years, after which he was transferred to the Response department. He was part of the launch team of Delhi Times. He has subsequently made the branch Head of the West Delhi . In 2004, he moved to join Radio City, one of the first Private fm stations in the country as Retail Sales Head in 2004. He again joined BCCL, wherein he was responsible for the Education vertical in Delhi. In 2007 he moved to Big Fm as Regional Sales head for North. Subsequently, he was made the Sales head of Delhi which he was heading till he left in 2011. I had had a One year assignment with News X- English News Channel as head of North & East. In 2013, he joined I Broad & Communication as Director- South and launched the Bangalore office for I broad 7 Communication, We expanded our office to Chennai in 2015.

Armed with understanding of the Media industry and with experience of media planning buying and selling across Media, he works to take the company to even greater heights. He has currently working on the launch of IBroad 7 foray into Digital from Bangalore. He married To Sohina & has two daughters-Shreya & Soumya.

Besides being a Director at iBROAD7 for almost six and a half years now, Nishant Puri is an entrepreneur, as well. However, his journey in the Radio industry started much earlier. The husband and father previously served the role of Regional Head of the TV business of Reliance-owned Big FM. While he worked with the company for a total of about 5 years, he used to initially look after the corporate sales of the organisation, before embracing his new role. Prior to that, he had been working with Radio Mirchi for about 3 years, where he had started as an account manager, after completing his diploma at the Times School of Marketing.

As such, during his vast and in-depth experience in the industry, he saw both the inception and growth of the privatised radio market in India, from just a fledgeling domain to one valued at roughly 3000 crore Rupees, today. This has given him a unique edge in not just promoting content on radio but also highlighting the incredible potential of the platform itself!

He believes, however, that this is only the start. The journey of Radio is moving ahead agressively, and in the years to come, it will further transform the future of advertising and marketing forever

During his long career in the sales industry, Sachin Pandey has worked with many of the leading companies in India. His professional journey started in 2006, with ICICI Bank, following which, he moved to Tata Press Yellow Pages, where he worked in the sales functions of the company. His foray into the radio industry began soon after, with him joining Red FM 93.5 in the Delhi market, the private radio network owned by Sun Group. After working there for around 2 and a half years, he moved on to Big FM 92.7 in Delhi, which is formally known as Reliance Broadcast Network, and then finally, in 2009, he joined iBROAD7.

He has worked at the organisation for more than 10 years, now, and armed with his niche understanding of the Radio industry and his rich experience in media planning buying and selling, he works to take the company to even greater heights. He believes the boom of the radio industry has only just picked up speed, and the sector will completely transform the Indian industry, in the years to come. His family consists of his wife Tanushree, and his two kids, Darshika and Ojas.

He has over 20 years of experience In Business Development & Marketing, across industries like FMCG, Telecom, and Banking& Media and has independently handled P & L responsibility for more than 10 years. Accomplished professional with proven track record and demonstrated success in dynamic and high competitive industries

Kiran is known for his in depth knowledge of Media Sales, Media Planning, Strategizing & Buying,and has earned a reputation for his exceptional customer service and client retention.

Prior to joining iBroad7,Kiran was the Media Marketing Head in HT Media.

He also had a successful stint with BIG Fm where he joined as the Station Head for Chennai andwas then promoted as Cluster head for Karnataka and Kerala.

Kiran is married to Sheeba and blessed with a daughter Aakriti